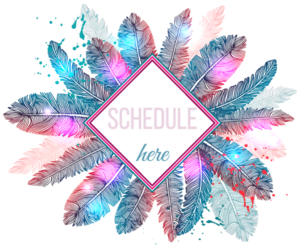 The greatest teacher will
send you back to yourself.

Cyndi Wallace has been involved in the metaphysical and the spiritual world, consciously since 12 years old.  Born a twin, and raised sharing a special telepathy between she and her identical twin sister, Cathy,  she learned to listen to her budding intuition.  And because their mother encouraged the obvious development of the clairvoyancy, that took place between them and other souls that entered their world, from the next, she never closed down that barrier between this world and the here after.   The usual age is five when the barrier closes. As the twins progressed in their knowledge of matters concerning ESP,  and knowing who was calling the family ahead of time,  they both gravitated to the sights that were seen and not heard by other children that played with them.

Soon they were led by the very few books in the library that could teach them, what they yearned for the most.  Books by Edgar Cayce, Hans Holtzer, and Jeanne Dixon, Ruth Montgomery, to name a few.  Cyndi was succumbed by the knowledge of handwriting analysis, the study of the  Rosicrucians and started a apprenticeship at 16 years old with Gavin and Yvonne Frost who were leaders in the religion of Wicca, and the authors of The Witches Bible. This is where Cyndi learned to meditate and became a daily evening meditator. One day, her mother blessed her with a surprise altar of flowers and candles and incense, urging her on with the practice of meditation. Soon Cyndi began the readings of Sri Chimnoy, Paramanganda, and the Bagdhda Gita, The Aquarian Bible, and A Course of Miracles, and the works of Mahatma Gandhi, to name a few.

At 17, Cyndi attended The Gaithersburg Psychic Center with Millard Nachtway, and was certified after four years of study in Psychic Development. She started reading at Psychic fairs around the area, and on her lunch hours at her job, at the Dept of Social Services, and on evenings after work and on weekends .

At 21, Cyndi and her twin sister visited London, where they attended the Metaphysical Center of Great Britain and learned mediumship and enjoyed the opportunity to see the best in the world.  Between 18 years to the present, Cyndi has been doing individual psychic and intuitive readings. Plus mediumship groups and teaching psychic development to other souls. At 24, she started her first yearly Psychic development group, and opened THE STRONGHOLD RETREAT CENTER,  in 1986. The center was on top of Sugarloaf mountain in Frederick MD, on a 20 acre piece of property

The center had a gift shop and was a A frame rustic cabin that was always crowded. Every Wed there was the Meditation, Healing and Message Circle, and many other activities that ranged from Classes in Astral Travel to Healing your animals. Cyndi has trained many souls in all kinds of studies. The Gateway group, and Whats up Luv group as well as sweat lodges, to The Inner Circle was produced then.

In 1990, Cyndi studied Reiki one, two and absent Reiki under John Gray. And in 1991, Cyndi started many travels to Los Angeles, for the next 20 years to begin long time work with Laurie Weaver and the study of ethnobotany.  The team-ship proved transformational for many. In 2000, Cyndi recorded MEDITATIONS OF SECRET MOUNTAIN on Aardvark records. The CD was the first of its kind, to present meditations with music in between, so the meditator could have their time, in non ordinary reality, and then come back to normal reality.   The Retreat center did very well until Cyndi turned in a new  direction and moved to Sedona, AZ in 2002. On another 20 acre piece of land, and another A frame home, she opened the same retreat center in Sedona.

Workshops were given as well as Cyndi starting her own Tour operation in Sedona, called THE SEDONA DREAM TOURS. Within this venue,  Cyndi would take the participants to all the four vortexes and ruins in Sedona and do sacred prayer and meditation circles.  Most of these circles would open the participants heart and soul and rid them of any toxins they needed to be rid of in their bodies and mind.  So the  tours turned out to be very transformational as well as informative about Sedona. A true soul retrieval.

Cyndi also took clients at night to see the brilliant UFOS, that would hover over Sedona with infra red glasses. For the next 15 years, Cyndi would conduct the touring in Sedona, run workshops with other known names, and travel six times a year back to Maryland, and Los Angeles,  to see clients between 2000, to the present, Cyndi apprenticed under Charlotte Baker and Sai Grafio in her studies of Astrology, and her love for the constellations and other worlds.

In 2012, Cyndi lost her beloved friend and partner, Don Hall, and in the next four years, started to plan the next move which was to Virginia Beach, where she now practices today.   Only Blocks from Edgar Cayce”s ARE center, and one block off from the Atlantic ocean, Cyndi is in a prime spiritual area to continue her work as an urban shaman, and Psychic, and Healer. She presently plans to complete some books on Psychic development,  and continue to read via skype, messenger, and phone readings . In 2019, and future, she plans to start bringing her knowledge through webinars, lectures , and books, and continuing to apprentice those who seek out her knowledge.

She will also start her Healing, Message and Meditation group again via Facebook messenger, and in live time on top of the luxurious, and ocean viewed roof of where she lives. When in Virginia Beach, arrange a reading with Cyndi  and occasionally, she does rent out her spare room to those who need a break and could use the special atmosphere of the ocean, meditation,  and beautiful Virginia Beach.